Below you'll find all the books I've published so far, starting with the most recent title. All these books can be found on Amazon. 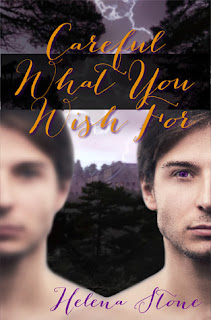 All Josh has ever wanted is to submit to another man; to give all of himself, completely, without reservation.For the past six months Josh has been chatting with and submitting to Pascal online, and this evening his dream of doing the same in person, is about to come true.Will Pascal be everything Josh imagines or is he about to learn that wishes can be dangerous? 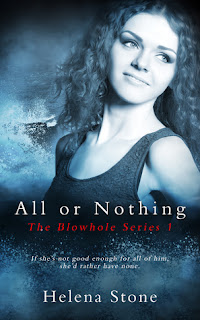 If she’s not good enough for all of him, she’d rather have none.

The attraction between Hector and Amber is as instant as it is undeniable. But with an almost twenty-year age difference between them and Hector’s conviction that Amber is too young both for him and to know whether or not she wants to submit, their developing relationship remains purely vanilla—for the most part. When Amber witnesses Hector in full Dom mode, she recognizes that he’s been holding back and sets him an ultimatum: either he fully commits all of himself to their relationship or she’ll leave. If Hector wants to hang on to the woman who has captured his heart, he’ll have to reassess his preconceived notions. 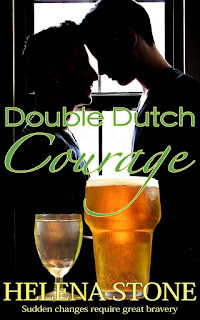 Ronan Collins has spent most of his life in Dublin hiding who he really is. Coming out would hurt his mother, and Ronan isn’t going to be the second gay man to do that. When he receives news the father he has never known has died, leaving him both a house and a business in Amsterdam, he jumps on the opportunity to get to know the man who fathered him and to discover what he’s been denying himself for years. Lucas Brandt thought he had it all when Paul Kelly offered him a job and rooms to live in. With Paul deceased he fears he may be about to lose both. He didn’t even know Paul had a son, and now this stranger is on his way from Dublin to pull the rug out from under Lucas’s feet. The two men don’t expect to like each other, never mind feel attraction. With numerous reasons why hooking up would be a bad idea, why does giving in feel so much better? And is Ronan’s back story really as he’s always imagined it to be? Sudden changes require great bravery. Can both men find the courage to be true to themselves and each other? 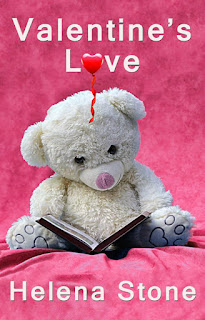 Ty O’Malley loves Spoilt for Choice, his gift shop. He enjoys nothing more than helping his customers find the perfect present. The only exception is Valentine’s Day. Ever since his partner left him, three years previously, Ty hasn’t been able to enjoy the love-themed holiday, and goes out of his way to avoid dealing with it. This year will be no different — until his assistant interferes.

When Ben Cronin walks into his premises, looking for presents for a man he doesn’t know but has been admiring from afar, Ty can’t deny Ben is everything he would look for in a man — if he happened to be looking, which he isn’t. Besides, Ben has obviously set his sights on someone else.

As Ty instructs Ben in the art of finding the perfect gift, the two men grow closer. But there are only four weeks until Valentine’s Day. After February fourteenth, Ty will probably never see Ben again … Or will he? 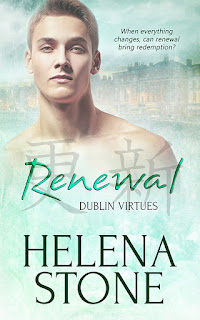 When everything changes, can renewal bring redemption?Shane Boyle left Dublin for America burning most of his bridges and with no intention of returning, certain his future lay in Florida. When a family crisis forces him back to the city he grew up in, he knows his life will never be the same again. With his sister close to death, his mother and five-year-old nephew Danny need him not just to be around but also to be the rock they can depend on. Torn between panic about his new responsibilities and despair at his impending loss, love and a relationship are the last thing on his mind.Chris Anderson left Australia for Dublin ten years ago with no intention of ever going back. For reasons he can’t explain, even to himself, he hasn’t been in a relationship for almost as long as he’s been in Ireland. Now thirty-five-years old, he wonders what happened to his dream of a lasting bond and a family to call his own.When Shane and Chris hook up one night in a pub, neither knows that the next day they’ll meet again, this time as colleagues in a tattoo parlour. Chris has no idea about Shane’s dodgy past, and Shane can’t figure out the mountain of a man who refuses to take no for an answer. Having to reinvent his whole life is only the start of Shane’s process of renewal. Will Chris turn out to be his saviour or his downfall? 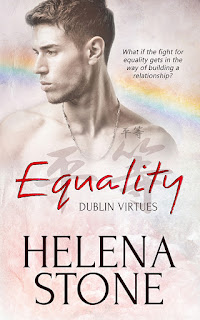 Love is love. But what if the fight for equality gets in the way of building a relationship?
Lorcan Barratt has never considered himself relationship material. After his parents made it perfectly clear they’d never welcome a partner of his into their home, he learned to love his own company and can’t imagine sharing his life with another. After a single passionate kiss with Eric Kavanagh—the night before he travels to Canada for three months—Lorcan’s no longer sure he wants to be on his own. The problem is, he has no idea what sharing his life with someone else might entail.Eric Kavanagh grew up in a loving and supportive family and always assumed he’d end up in a committed relationship. Sure that he’s found the one, Eric doesn’t worry about the fact that Lorcan has no experience when it comes to love and relationships. They are good together, so what could possibly go wrong?When both men get involved in the marriage equality referendum in Ireland, it appears to bring them even closer together until Lorcan’s insecurities get the upper hand and he shuts Eric out. Will the fight for a yes-vote cost them their relationship or will they be able to find a balance between the love they share and the need for equality? 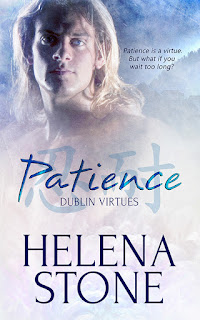 Patience is a virtue. But what if you wait too long?While Xander Ekman’s dream of becoming a successful artist has come true, his love life has gone from bad to worse. Sick of the endless string of one-night-stands, he accepts the challenge when his best friend, Erik, bets him that he can’t be celibate for a month. Now all he needs is a reminder to keep his distance in the heat of the moment.Troy Moriarty doesn’t have time for love. He’s too busy trying to keep his recently opened tattoo parlour afloat. Besides, ever since the man who was supposed to be his business partner abandoned him to run the shop on his own, he has a hard time trusting others.When Xander turns to Troy for a tattoo that will remind him to be patient, the attraction is instant. But faced with Xander’s month of celibacy, Troy’s trust issues, and a nemesis lurking in the background, their relationship may be doomed before it has a chance to begin. 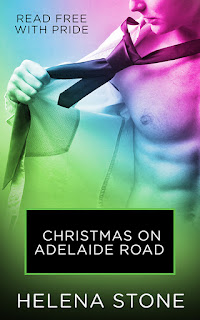 One month after settling into his new life with Aidan Cassidy, nineteen-year-old Lennart Kelly is about to experience his first ever traditional Christmas.

From stuffing and cooking a turkey to the intricacies of giving and receiving presents, Aidan and his family show Lennart the true meaning of an Irish Christmas.

Can a young man find the courage he never knew he had when faced with losing everything he holds dear? 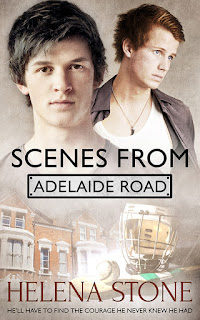 A few months before his final exams in secondary school, nineteen-year-old Lennart Kelly discovers he’s inherited a house on in from a grandfather he never knew. Having been ignored, bullied and abused for as long as he can remember, Lennart can’t wait to leave behind his father and the small town he grew up in. Moving away as soon as he finishes his exams doesn’t cure his deep-rooted insecurities though.

Meeting twenty-three-year-old Aidan Cassidy in a gay club on his second night in Dublin, scares Lennart. Used to being ignored and ridiculed, he doesn’t trust the attention he receives and can’t believe a man like Aidan could possibly be interested in him. It takes infinite patience and understanding from Aidan to slowly coax Lennart out of his shell.


But the past refuses to stay where it belongs and Lennart’s father is determined to take the house in off his son by whatever means necessary. Just when Lennart is learning to trust and embrace life, a violent attack threatens everything he holds dear. Suddenly Lennart is in danger of losing his house, the man he’s grown to love and maybe even his life. If Lennart wants to protect Aidan and safeguard his future, he’ll have to find the courage he never knew he had. 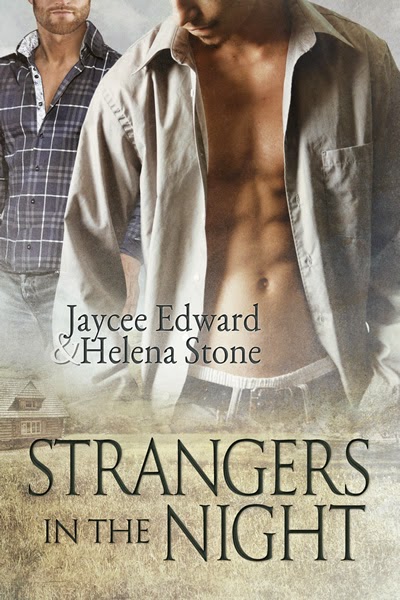 When Army veteran, Slade, stumbles upon an isolated cottage on a cold, dark, night, the young man finds more than just the shelter he’s seeking.
Former club Dominant Callum is surprised to find a handsome stranger knocking at his door but invites him in despite his reservations. A nightmare reveals Slade’s deep-seated emotional issues, and Callum knows he needs to get creative if he’s going to help Slade leave the past behind.
Neither man is prepared for the feelings Slade’s introduction into the world of BDSM will unleash, and thirty-six hours will either be enough to bind them, or they will remain forever strangers in the night. 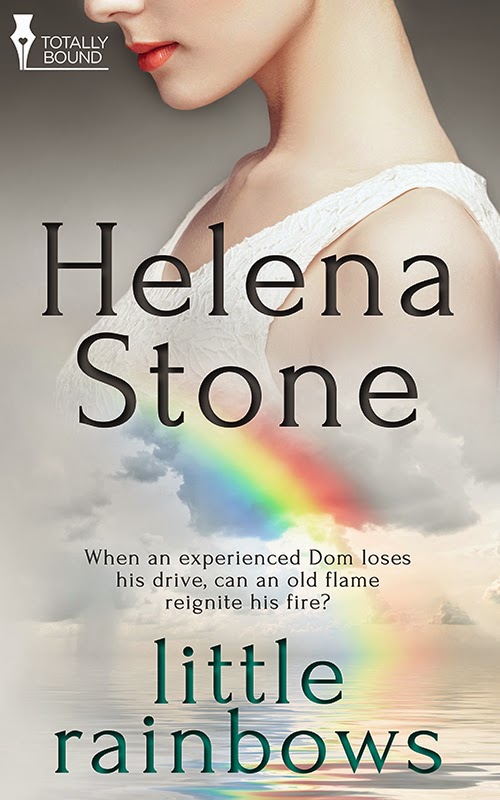 When Jason and Heather first meet they are young and sure they are wrong for each other. As a result they spend a summer admiring each other from a safe distance.

Twenty years later Heather is coming out of mourning, having lost her husband and Dom eighteen months earlier. Jason, now the owner of an exclusive sex resort on the west coast of Ireland, struggles with the loss of his desire to dominate. 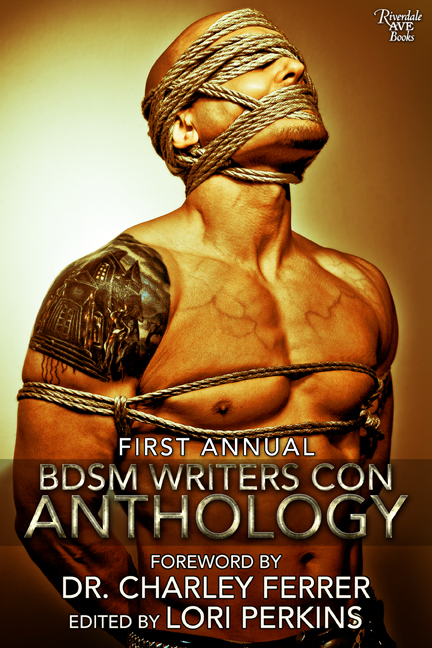