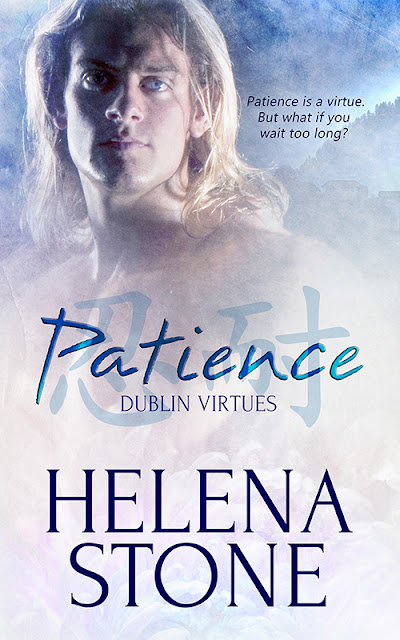 And so it begins.

As from today my new book, Patience, is available exclusively on the Pride Publishing website. If you prefer to buy your books from one of the other online retailers I’m afraid you’ll have to wait another four weeks. For those who can’t contain their excitement and don’t want to wait for this first title in the Dublin Virtues Trilogy, I’ve left a buy link at the bottom of this post.

Patience also received it first review and rating today; five nipple-rings no less J Hop on over to the Bike Book Reviews site if you’re curious what Rebecca B Mattocks had to say and don’t forget to enter the giveaway while you’re there: review.

The Pride Publishing website gives you the opportunity to read an excerpt from the first chapter of Patience, introducing Xander, one of the main characters. Because I don’t want Troy, his counterpart, to feel left out, I’ll share the start of chapter two below.

Patience is a virtue. But what if you wait too long?

While Xander Ekman’s dream of becoming a successful artist has come true, his love life has gone from bad to worse. Sick of the endless string of one-night stands, he accepts the challenge when his best friend, Erik, bets him that he can’t be celibate for a month. Now all he needs is a reminder to keep his distance in the heat of the moment.

Troy Moriarty doesn’t have time for love. He’s too busy trying to keep his recently opened tattoo parlor afloat. Besides, ever since the man who was supposed to be his business partner abandoned him to run the shop on his own, he has a hard time trusting others.

When Xander turns to Troy for a tattoo that will remind him to be patient, the attraction is instant. But faced with Xander’s month of celibacy, Troy’s trust issues, and a nemesis lurking in the background, their relationship may be doomed before it has a chance to begin.

When Troy Moriarty woke up at half past six in the morning it took him a moment before he realized where he was. He turned over toward the streak of light entering his room through the narrow gap between the curtain and the windowsill. Every morning over the past three months had been the same. Somehow, he still hadn’t wrapped his head around the fact that he lived here, in the rooms he’d never intended to be anything except possible expansion areas for his business.
He turned over again and stretched. He might as well get up and start the day. Now that he was awake and once again obsessing about the recent past, chances of getting an extra hour of sleep were slim to none.
As the water from the showerhead finished the process of waking him up, Troy cast his mind back to everything that had happened over the past year for what had to be the umpteenth time. Less than a year ago it had all looked so promising, he mused as he massaged shampoo into his hair. He’d been working in a large and popular tattoo parlor in the center of Dublin but had become more restless by the day. The policies of the place had increasingly eaten away at his love for the job. His creativity had been stifled there and he hadn’t been the only one who had felt that way. The memory was as vivid in his mind as if it had happened a week ago. That day he’d been having lunch with Shane, another artist working in the same shop. Shane had spent almost the full hour of their break complaining because their boss had once again vetoed a tattoo he’d designed.

‘I’ve had enough of this fucking shit,’ Shane grumbled. ‘I want to do my own stuff, not just the pictures in the books or the images Himself comes up with.’
Troy nodded. Designing tattoos wasn’t his strong point. He was far better at the actual applying of them, but he recognized Shane’s frustration all too well. Himself, also known as their boss, was constantly looking over everybody’s shoulder. Giving advice where none was needed, making corrections and suggestions where nothing was wrong. ‘What can we do about it? There’s no guarantee another parlor wouldn’t have the same policies and that’s even if they’d take us on. You know how close and incestuous our professional world is. If we leave this job, they might not hire us elsewhere. We’d end up with a reputation as troublemakers.’
‘Right.’ Shane seemed encouraged rather than disappointed by Troy’s words. ‘That’s why we should start for ourselves. Between your skills with the iron and my drawings, we should have no trouble turning a place of our own into a success.’

At the time, Troy had laughed and refused to take the idea seriously, but a few weeks later, they’d been drawing up plans, making calculations, and before Troy realized exactly what he was doing, they’d resigned from their jobs. Stupid infatuation.
He closed his eyes and allowed the water to fall on his head and wash down his body while he wondered whether Shane had always been a dick and he’d just missed the signs, or if the fact that he’d been attracted to Shane had clouded his judgment. One thing he was sure of, though. From now on he’d never allow somebody else to rush him into a decision and he wouldn’t be quick to trust or depend on others again, either. There were only two people in the world he would trust from now on—himself and his best friend, Lorcan.
Troy stepped out of the shower, dried himself and threw on some clothes. A long-sleeved T-shirt covered most of the art on his left arm and shoulder. It didn’t make sense for a tattoo artist to hide his own tats but the shop got cold during the day and the heating just wasn’t up to the job. Yet another thing to worry about considering it was only late October now. He had no idea what he’d do if Ireland experienced a bad winter.
As he sat down on the edge of his bed to tie his laces, Troy reflected he should have known something was wrong when Shane had asked him to go and sign the lease on this place on his own. Shane had made a plausible enough excuse at the time, and Troy hadn’t been worried when his supposed business partner said he’d add his signature at a later date. More fool me. Troy could forgive himself for that first oversight. He’d always tried to see the best in people. It just hadn’t been in his nature to be suspicious about people’s motives. I won’t be falling into that trap again. He was far more upset that he’d still refused to see the warning signs when Shane had also left it to him to buy the equipment and furnishings they needed.
Troy stared at the kettle as it heated the water for his first cup of coffee. These thoughts were by now as much part of his morning routine as the shower and caffeine.
Two days before their tattoo parlor was to open, Shane had dropped his bombshell.

‘Troy, bud. You won’t believe the opportunity I’ve been given.’ Excitement made Shane’s eyes shine.
‘What happened? Well, don’t keep me hanging.’ It had been hard not to get swept up in Shane’s obvious elation.
‘I’ve been chatting with this artist in Florida for months.’ Shane grinned widely as the first flicker of unease erupted in Troy’s stomach.
‘He’s so fucking cool, man. Anyway, a while ago I showed him a few of my designs and he loved them.’ Shane grinned. ‘Fucking deadly, man. He even used one of them.’
‘Nice one. Good for you.’ Troy hesitated before asking the question he already suspected he didn’t want to hear the answer to. ‘So, why are you telling me now? Will you be doing more designs for this man? Is it going to interfere with Pins & Needles?’

Anger coursed through Troy’s veins, as if only an hour had passed since the conversation rather than several months. While he poured boiled water on top of the granules in his cup and stirred, he could almost see Shane’s guilt-free expression as he’d explained he wouldn’t be working with Troy at all, never mind be a partner in their business, because he’d accepted a job offer from the artist in Florida.
He sipped his coffee while listening to the news on the radio and putting some bread in the toaster. Inevitably, Troy’s thoughts returned to Shane. None of it would have hurt as much as it did if he hadn’t been attracted to Shane. Looking back, Troy realized Shane might well have used that against him. Casual flirtations without ever acting on them had kept Troy fascinated and focused on what might be, rather than the reality. He hated himself for the hope he’d harbored that going into business with Shane might lead to a further mingling of their lives.
Resignation and a dull anger—nothing like the hot fury he’d experienced until recently—coursed through him as he buttered his toast. He still wasn’t sure when exactly Shane had started thinking about moving to America. Had Troy and the new parlor only been a back-up plan? Troy hadn’t asked. It wouldn’t have made a difference either way. The result was the same, whether Shane had planned it that way or not—Troy found himself struggling to run Pins & Needles on his own. 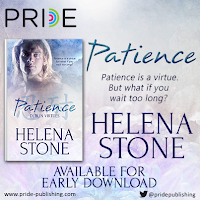