With the Marriage Equality Referendum in Ireland only a day away it seemed like the perfect opportunity to have two recently married, fictional, men I’ve come to adore discuss marriage and what it means to them. Thankfully Brigham Vaughn was generous enough to add more work to her already stretched schedule and bring Stephen and Russ out of retirement to share their thoughts with us. I invite you to enjoy the following scene and will meet you again on the other side.

“Did you hear about the marriage referendum in Ireland?” Russ asked.

Stephen glanced from his iPad to the television screen but there were baseball highlights on, so he had no idea what Russ was talking about.  “Hmm?”

Russ turned his phone toward Stephen to show him an article on The New York Times site. “This Friday, there’s a vote on marriage equality in Ireland.  The article about it’s really interesting.”

“Well, I find it interesting that it’s being put to the popular vote rather than being debated by the government.  It’s great though; there seems to be a ton of support for it. Polls are showing 70% of citizens are in favor.”

“Wow.”  Stephen flipped the case on his iPad closed and reached out to brush his fingertips across his husband’s knee.  Although he and Russ had legally been married in South Carolina nine months before, they were still waiting on the Supreme Court decision which would affect whether it would be recognized by the state of Georgia.  The waiting was driving him crazy although he was more patient than Russ.  “That is impressive. I wouldn’t have expected there to be that much support.”

Russ’ grin was wry. “You assume the worst about people, Stephen.”

“Probably,” he admitted. “But I’ve seen the worst of them.”

It wasn’t something he’d talked about much with Russ—at least not on a regular basis—but in his forty-eight years on the planet, he’d seen plenty of discrimination in his lifetime: from his own family, his neighbors, co-workers, and random people on the street.  He’d lived through a time where people were afraid to touch gay men for fear of contracting HIV, he’d seen acquaintances die of AIDS.  He’d seen people fired for being “out” at work, couples kicked out of apartments, and men and women beaten for loving someone of the same sex.

He was still astounded by the fact that marriage equality existed.  To realize more people—here in the United States and in many places around the globe—supported equal marriage than opposed it was breathtaking.  He’d spent so much of his life feeling like an outsider; it was difficult to trust that he had allies now, people fighting for his rights even though they had no stake in the matter.

With a sad smile, Russ moved closer, shifting so he faced Stephen.  “The world’s getting better though. Think about how much has changed in the past ten years.”

“I know. I’ve changed a lot in that time too.”  Stephen took Russ’ hand, gently twisting the ring on his finger. “Where the idea of marriage seemed completely logical to you, it took me a lot longer to get to that point.” Nearly two decades younger, Russ had grown up in a different world than him.  Although not as different as either of them would like.

Stephen cracked a smile.  “I’m just saying that if it took me—a gay man who’s been out, well, nearly as long as you’ve been alive—time to come to terms with the idea of marriage, I can’t expect straight people to accept it overnight either.”

“I can,” Russ grumbled, but Stephen knew he was kidding.  Mostly.  Russ believed in absolutes, but Stephen’s views of the world around them were more nuanced.  Was it age? Experience? Simply their personalities? Maybe all of them combined.

“Hey, I’d be thrilled if I woke up tomorrow and there was global equality for everyone in the LGBT community,” Stephen pointed out, “but I’m realistic.  That’s not going to happen. It’s one step at a time, state by state, country by country, issue by issue.  The vote in Ireland’s a huge step, but it’s still just one step, same with the Supreme Court decision here in the U.S., We’ll get there, but not today or tomorrow. We have to keep fighting.”

Russ nodded and leaned back, resting his knee on Stephen thigh. “You’re right.  I’m just ready for that to happen now.”

“We can hope it’ll happen in our lifetime, but it may not.  Maybe if your sister has children, it’ll happen for them. I have hope.”

Russ fell silent as he returned to reading the article.  Stephen didn’t open his tablet again though, preferring to look at the man who’d opened him up to a whole new world.  Without him, Stephen might have wound up stuck in a life that was simply “good enough,” never hoping for more than a partner, never believing he deserved marriage and a husband.  That was the real joy of marriage equality: finding hope.

“I wonder if the people who oppose gay couples getting married ever realize exactly how boring we are?” Russ said after a few moments, still looking down at the screen on his phone.

Stephen grinned.  “Who are you calling boring?”

Russ looked up and snorted. “Come on. When it comes right down to it—in this way anyway—we’re just like straight couples.”

“There’s something to be said for the quiet tranquility of domestic bliss,” Stephen pointed out.

“True.  I’m just saying it’s a Friday night and we’re on the sofa watching baseball highlights and reading the news.”

“Was that a hint that I should find something to spice up our evening?” Stephen asked, knowing full well Russ was just teasing him.

Russ grabbed the front of his shirt and pulled him forward. “No. But now that you mention it, I think it’s time I make some demands: kiss me, husband.”

Leaning in, Stephen grinned even wider. “With pleasure,” he murmured against Russ’ lips.

Every day and for the rest of our lives, he silently promised.

If this is the first time you meet Stephen and Russ and now find yourself curious about how exactly these two men came to the point where we found them, you’ll be delighted to know you can read their full story in four wonderful and beautifully written novellas which can be found on Amazon by clicking on their titles below:

If you prefer to read your stories on paper you’ll be happy when I tell you these four titles will soon be released in two paperbacks. I can’t provide you with buy links yet but am in the privileged situation where I can share the covers and back blurbs with you. 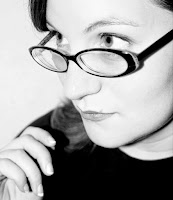 Brigham Vaughn has always been a voracious reader with her own stories to tell. After many years of abandoned plots, something finally clicked. Now she’s eating, sleeping, and breathing writing and is excited to have finally figured out what she wants to be when she grows up. In the little time that isn’t spent writing or reading, she loves cooking, yoga, photography, and remodeling her ninety-year-old home. Brigham lives in Michigan with her three cats and an amazing husband who has always been her biggest champion.

Visit Brigham’s website for more information about the books I mentioned above as well as her other titles and some free stories: https://brighamvaughn.wordpress.com/