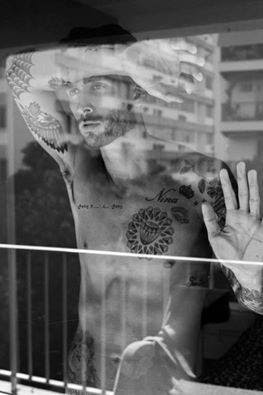 Shane leant against the window as his mind took him on an all too familiar journey.

How had he ended up here? Had it really only been a few months since he’d lived the life of riley in Florida? If he closed his eyes he’d see the beach, feel the sunshine and hear those accents again. He’d felt at home there, as if he belonged. He’d taken a risk, had been a thorough bastard in the process, but he’d really believed it was for the best. He’d been so sure going away would kick start a new life; give him the opportunity to start from scratch. He’d expected to stay in America for years, if not forever.

He opened his eyes and gazed upon the grey world outside the window. The contrast couldn’t be starker. He’d gambled and he’d lost. He’d come to believe in karma too, and had no doubt that it was indeed a bitch.

Except that he was being selfish again. He wasn’t paying the price, not really. No matter how unlucky and inconvenienced he felt, at least he’d live, which was more than he could say for….

“Uncle Shane,” Danny’s high pitched voice prevented him from delving even further into the darkness of his thoughts. “I’m ready, Uncle Shane. Are we going to see mammy now?”

He closed his eyes and rested his forehead against his hand for a moment, before forcing his mouth to stretch into the semblance of a smile, and turning to face the beautiful five year old boy. Danny hopping from foot to foot, clearly excited to go and see his mother, momentarily lifted Shane’s mood. To be able to see the world through the eyes of a child. Shane clung to the thought and walked towards his nephew, pulling on a long-sleeved T-shirt on his way.

“Let’s go, munchkin.” He took the boy’s hand when Danny reached out for him. “Can’t keep your ma waiting.”

While the above can be read as a flash, I think it may well end up as the start of or inspiration for, a scene or chapter in Redemption, the third book in the trilogy I’m working on at the moment. We’ll see.

As always more stories can be found in the Monday Flash Fics group on Facebook.
Posted by Helena Stone at 22:10 4 comments: 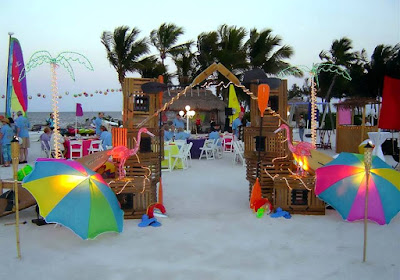 Lars enjoyed the feeling of the cooling sand between his toes as he slowly walked towards the entrance of the party area. He stared at it while trying to work out whether the gate constructed out of crates and paddles combined with the flashy lights and bright colours made the place look garish or delightful. He’d never seen it from this side before tonight.

A loud burst of laughter, coming from inside the area almost made him stop walking. Would he get away with it, or would someone take one look at him and realise he didn’t belong?

He’d noticed this activity on what used to be a deserted beach for the first time a month ago. He’d kept an eye on the people who’d taken over the island. One person in particular he’d been studying very closely.

He took a few more steps towards the entrance, realising that standing still and staring at the place was far more conspicuous than just walking in would be. It was almost disappointing when nobody gave him a second glance when he entered. Nobody that is, except for a tall, blond, broad-shouldered, and very handsome young man.

Three hours later Lars knew he had to leave. The longer he stayed, the bigger the chance he’d be found out. He could feel the moment drawing nearer, and he wanted to be back where he belonged when it happened.

“Do you really have to go?” Stephen looked at Lars imploringly. “Surely you can stay?”

“I’ll see you around tomorrow then?”

He wanted to say yes. Stephen was the reason he’d come here in the first place. He’d spotted him on the beach, and swimming in the sea and he hadn’t been able to keep his eyes off him.

“No,” he said, the regret in his voice genuine. “You won’t see me tomorrow. I may be back next week though.” He took a step back, the knowledge that he’d almost run out of time battling with his reluctance to say goodbye.

“I’ll be counting the days.” Stephen bent forward and surprised Lars by pressing his lips against Lars’s.

He didn’t look back as he walked away from the party and didn’t relax until he got to the end of the short beach, rounded the rocky outcrop, and found himself alone again.  The water was warm and welcoming as he walked into the sea. The change started as soon as the sea level reached his hips. Within seconds his legs had merged together again. One powerful flick of his tail had him below the waves, back in his element…but alone again.

Yes, he would be back. And if the myths were right, every subsequent time he left the water it would be easier to stay in the human form.

Unable to resist taking one last look he emerged from the water, a safe distance away from the still crowded party area.

“Hey!” A blond head appeared from the water in front of him, a wide grin brightening Stephen’s face as his legs kicked below him to keep him from sinking.

“You didn’t really think I’d let you get away, did you?”

When Theo Fenraven suggested this picture I commented that ‘even I should be able to stay away from the dark with this one…I think.’ Whether or not I succeeded, I leave entirely up to you. J

Don’t forget to check out the Monday Flash Fics group for other stories inspired by this image.
Posted by Helena Stone at 11:00 8 comments: 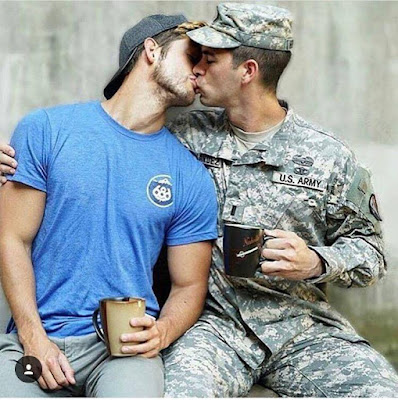 I watched him closely as he walked towards me, two mugs of coffee in his hands. It was our fifth meeting that week, and I searched his face for signs that he was happy to see me and might even be looking forward to these all too short moments we would spend together. My soldier's expression gave nothing away.

“Hey.” He smiled at me, and bent forward to softly brush his lips again mine.

My hands ached to pull him close to me, hold him tight and devour that delectable mouth of his. Not wanting to burn both of us with spilled hot coffee I reigned myself in and accepted the mug when he handed it to me.

We talked, we kissed and we drank coffee. I fought to keep the anguish I felt from showing on my face as he, not for the first time, shared his thoughts with me. He couldn’t hide his excitement whenever he spoke about the day first contact had been made with Cidra. He’d been ten at the time, and from that moment forward his one goal in life had been to go there.

As soon as my mug was empty I made my kisses more demanding. His response was instant and hungry; the soft groan escaping his throat delighted me as much as it scared me.

I deepened our kiss further and stroked the inside of his thigh, allowing my hand to move ever closer to his crotch. His breathing changed, his kisses became more frantic and I wasn’t surprised when my hand encountered his erection. A flash of pure joy shot through me. I’d done that. My touch had brought him there.

The piercing sound of a whistle shattered my moment of happiness.

He pulled back and for a moment I allowed myself to believe he did so reluctantly.

“I have to go.” His voice was toneless. “The sensor must have received the required information. I’ve passed the test.” His lips curved upwards, but I wasn’t convinced he was really happy. “You trained me well,” the smile he gave me then was genuine. “Thank you. I don’t think I could have done it without you.”

While I sat there, lost for words, and desperately searching for a reason to keep him around for just a few more minutes, he bent towards me, gave me one last kiss and took the cup out of my hand. “Goodbye.”

I stayed schtum as he got up, turned and walked away without a backwards glance. The next day he’d get on that spacecraft and leave for Cidra. He’d passed his final test. He would have no problem fitting into a society where the vast majority of the population was pansexual. The fulfilment of his dream—to be part of the first exchange group to travel to that distant planet—meant the end of mine.

It had taken him five days to learn to appreciate being intimate with a man. It had taken me the same amount of time to lose my heart to a man I would never see again.

Trust me to take what looks like a happy picture and…. J


I hope you enjoyed my take on this image. As always, more stories can be found in the Monday Flash Fics group on Facebook.
Posted by Helena Stone at 10:44 10 comments: