Here's another glimpse at the book I'm trying to write during NaNoWriMo. I hope you'll enjoy it but please keep in mind this is a very raw first draft. In fact, I wrote these words earlier today 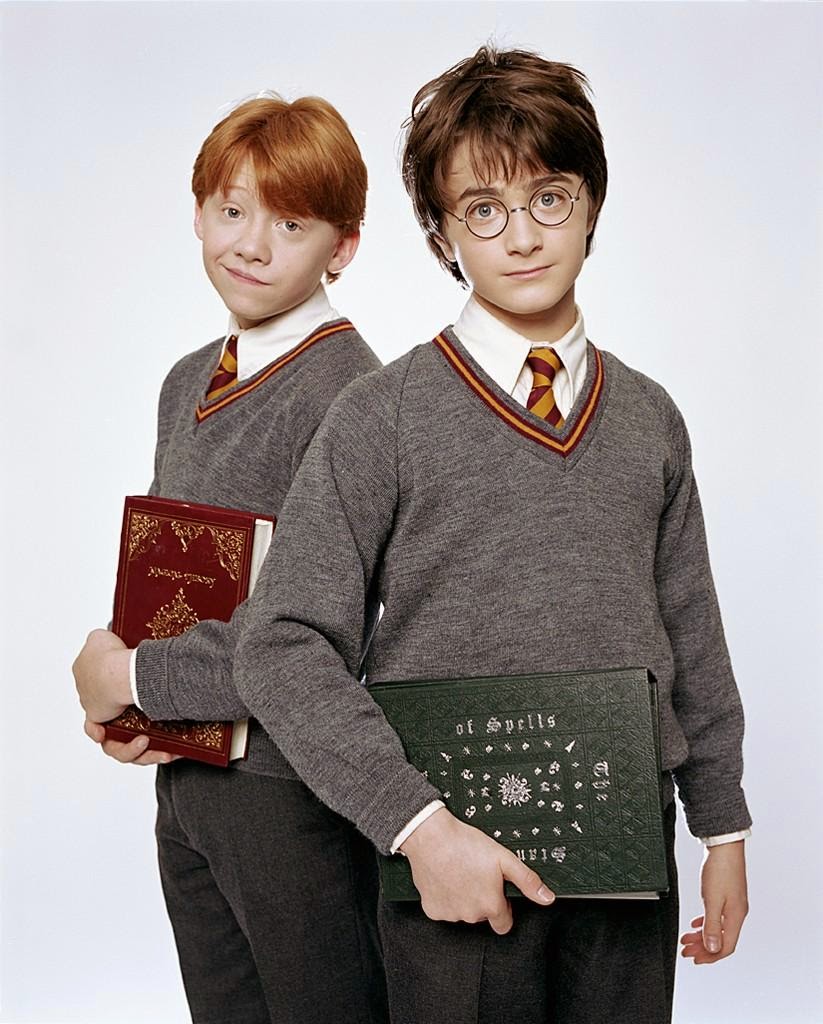 I frowned at myself in the mirror. I looked ridiculous and couldn’t believe I’d be going out dressed like this. Aidan had been messing with my hair until it fell any which way, with one or two tuffs sticking up to accentuate the disorganisation. I scowled at the white shirt, grey jumper and yellow and burgundy tie.

Aidan appeared behind me in the mirror and grinned. Trust him to look great. Dressed in identical outfits we should have looked the same. Yet here I was, a prime example of the ultimate dork, while Aidan, as always, looked hot as hell. Truth be told, the costume accentuated his cuteness. The added dark rimmed glasses and the scar he’d painted on his forehead should have made him look silly. In reality, it made me want to jump him here and now and forget about the evening ahead of us.

“I look like a bloody eejit. Why did I allow you to talk me into this?”

“You love me.” His grin grew wicked and I couldn’t help returning it.

“Yeah, I do. Sometimes I wonder if I don’t love you too much.”

“Come on. Stop moaning.” Aidan punched my lightly. “It will be fun. What’s not to like about a night out dressed up as Harry and Ron?”

I kept my mouth shut. We’d had this discussion before, several times. He knew I didn’t want to go out tonight. I’d been getting better about socialising since we met, but I still didn’t like crowds too much and while I could deal with gay clubs, or even gay friendly venues, going to a regular club continued to scare me. I didn’t want to attract attention to myself and although I had to admit dressing up as Ron Weasley on Halloween wouldn’t make me stand out too much, I would have been happier if I could have gone in my own clothes. Or, better yet, if we could just have stayed at home on what had to be one of the busiest party nights in town.

“Stop sulking. We’ll have fun. My colleagues are good people. We’re just going for dinner and a few drinks, nothing major.”

I nodded and gave myself a mental kick up the backside. Aidan had been more than accommodating when it came to all my social awkwardness. Spoiling the one night he really wanted to go out made me the sort of selfish bastard I didn’t want to be.

“Yeah, I know. Let’s go. I’m as ready as I’ll ever be.” I turned around and gave him a quick kiss before moving to the stairs. “I’ll try to be not too much of a pain tonight.”

At the restaurant, Larry, Aidan’s manager, smiled at us when we reached the table.

“Here we have Gryffindorians. Nice outfits lads; although it does remind me of this fan fiction my wife is forever talking about. Not sure I want that image in my head right now.”

My cheeks flamed up to match the colour of my hair as some of Aidan’s colleagues burst out laughing while others clearly had no idea what Larry meant. I did. I’d read some of those stories online and one quick glance at Aidan told me he had as well and that he’d had those stories very much in mind when he suggested these costumes.

“Cockus Engorgio.” Aidan smirked at me as he whispered the words while we sat down and damn if his words didn’t have exactly that effect on me. I said a silent prayer of thanks for the tablecloth covering my crotch as I tried to ignore his still sniggering colleagues.