Rainbow Advent Calendar 2019: Once Upon a Gingerbread Reindeer 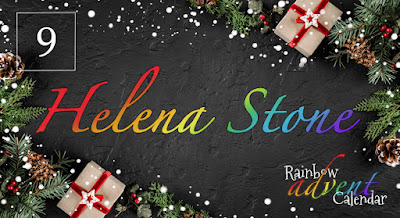 I hope you’re all enjoying the Rainbow Advent Calendar and have been busy getting all the free stories that have already gone up. With two stories becoming available most days, there will be almost 50 new reads for you between now and Christmas Day. If you haven’t joined the event yet, please make your way to the Facebook group to find the already available stories and get updates the moment each subsequent story goes live! If you prefer to steer clear of Facebook, you can bookmark THIS LINK, which will take you to the website of Alex Jane, our amazing ‘leader’, and inform you about each new story as they are posted. 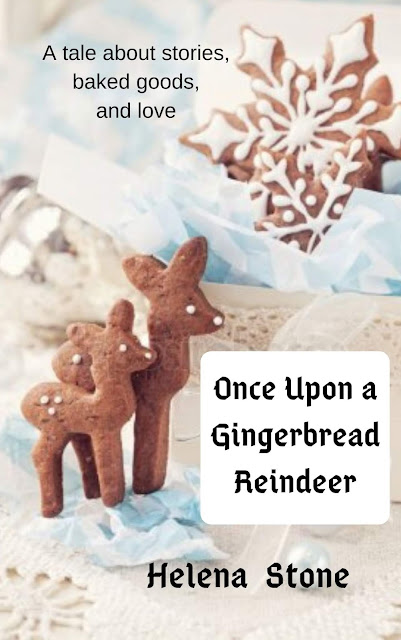 I know it doesn’t make sense for a professional storyteller to have an aversion to social events, but I prefer my own company to spending time with others. And don’t get me started about relationships and love. I’ve learned my lesson and have no intention of putting my heart and peace of mind on the line again. If others want to travel that road, good luck to them, but I’m perfectly happy on my own, thank you very much. All of which makes my attraction to the gorgeous baker I just met all the more confusing.

As a baker, I have a passion for my craft and love seeing smiles on my customers faces when they buy my treats. If I have one regret it’s that the hours of my profession make having a social life all but impossible. However, my busy schedule doesn’t stop me from joining in a charity Christmas Party or from being intrigued by the grumpy storyteller who is also taking part. Despite his reluctance, I’m convinced there is something between us worth exploring. If only I can persuade him to stop running away.

Once Upon a Gingerbread Reindeer is a stand-alone romance, loosely connected to the Valentine’s Day Series, featuring a grumpy storyteller with commitment issues, a happy-go-lucky baker ready for love, irresistible sweet treats, a Christmas party for the homeless, and the magical power of stories.

Twenty minutes later, when I boarded the bus that would bring me to Monkstown, I was in a better mood than I’d been before Ben’s summons. I preferred my own company most of the time, something which bemused the few friends I had. I guessed they had a point. As a professional storyteller, I had no choice but to interact with others almost daily, and the astonishing fact was that I thoroughly enjoyed it. Maybe the loud and often borderline crazy state of my days made me treasure my quiet nights and weekends so much. There was a limit to the amount of socializing I could put up with, and my job—much as I loved it—put me perilously close to that point. Now that the decision had been made, I looked forward to spending time with two good friends.

The bus came to a halt, and I checked to see where on the route we were as people alighted and boarded. I counted myself lucky that the timing of Ben’s invitation meant most of the rush hour madness had ended. When I turned away from the window, I noticed a man had taken the seat opposite me.

As soon as the thought hit me, I wanted to look away, only to find myself frozen by his open appraisal of me. For a moment, he stared straight at me, little laughter lines forming next to his light brown eyes. Then his gaze moved to take in my face, my upper body, and, finally, my jeans-clad legs. There was something intimate about his perusal of me, something that made me both excited and uncomfortable.

I allowed myself to follow his example, taking in his bald head, his wide shoulders, and the brown duffle coat he wore. His hands lay on a large white carton box on his lap, his fingers long, and… I blinked.

If there’d been any doubt whether his stare indicated interest, the rainbow-colored bracelet around his wrist removed it. The discovery made me wonder, though. Various people had told me in the past that my appearance was such that I could, if I wanted to, fly under anybody’s gaydar. Either the stranger opposite me was a very brave risk-taker, or his instincts were better than most.

He raised his hand, and like a mesmerized fool, I followed the movement until I found myself staring into his eyes, which twinkled with merriment. When the corners of my mouth inched upward as if some part of me wanted to smile back at him, I turned my head to the window and focused on the scenery.

What is wrong with me? I didn’t flirt, ever. The last time I’d gone through that rigmarole, I was still in college. These days, when I wanted to relieve some stress, I turned to my phone and the apps that had been created exactly for that purpose. Minimal interactions followed by maximum release worked just fine for me, especially since such hookups didn’t lead to complicated conversations after the act.

The streets we passed as the bus neared Monkstown were wall-to-wall Christmas. Decorations in gardens, lights in windows, and extravagantly decorated shopfronts all reminded me that only three weeks separated me from that day.

This time I didn’t try to hide my smile. I loved Christmas. Not for the same reason most other people did. It wasn’t getting together with friends and family I looked forward to, or even a lavish roast dinner. For me, the joy of Christmas stemmed from it being the easiest time of year to enjoy total isolation. My gigs would pause for ten days, and I could just adjourn to the privacy of my apartment without worrying about unexpected visitors or other engagements.

As the bus approached my destination, I got up and moved to the exit, only mildly surprised when Flirty Box Guy did the same. It was that sort of a day, where nothing happened according to plan, and the universe appeared to be laughing at me. When my admirer turned left toward a line of shops, I stared after him for a few long moments. It had been a while since anybody had managed to attract my attention, and while I wasn’t inclined to act on it or to ask myself why, I refused to deny myself the pleasure of memorizing his fine figure and imagining what he might look like without clothes. Who knew? I might even put him in one of my stories. I chuckled softly. Such a tale would be reserved for an adults-only event. 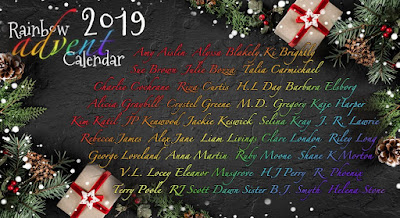 If this year’s collection doesn’t give you enough to read, you can check the stories made available in the past through the following links:

My chosen charitiy is BeLonG To, the national organisation for lesbian, gay, bisexual & trans young people aged 14 - 23 in Ireland.

If you want to check out my other Christmas stories, you can find them by clicking on the titles below. Christmas on Adelaide Road is another FREEBIE. And keep an eye out for an announcement about the final novella in the Mitch & Cian series, coming your way before the end of the year. 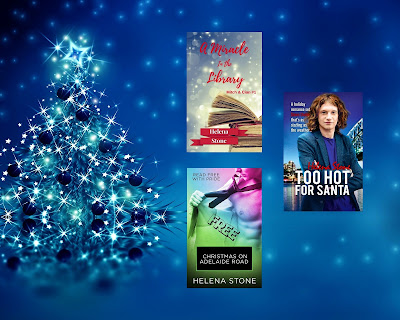