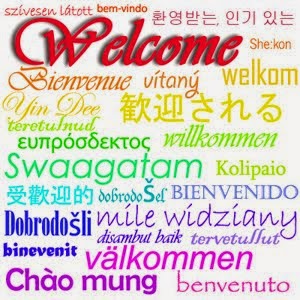 Later this week I will be able to say I’m a published writer. A story of mine will be released in an anthology. The whole thing is making me nervous. Not just what I assume are ‘normal’ pre-publication nerves. I guess most if not all writers second guess themselves, wonder if the story/book is really up to scratch and fear that people may end up hating their words. My added concern is that my English may not be good enough; that readers will immediately recognize that English is not my first language.

Thinking about that made me wonder how it might be for other authors. I’m curious whether others have similar moments of doubt and fear. A call-out on Facebook resulted in quite a few bilingual authors volunteering to join me on this journey of discovery. Over the next few weeks I’ll be sharing posts featuring a single author. My questions will form the framework for those posts but I intend to give each author complete freedom as to how much or how little they want to say.

Because this is my idea and initiative I’ll answer my own questions first. At some point in the future I’ll also do an overall post based on all the different responses. I’ve got a feeling this is going to be fascinating as well as a good opportunity to get to know a few authors a little bit better. I hope both participants and readers will enjoy my experiment.

Here is all about me and my linguistical confusion.

A lot of people will already know that although I live in Ireland I am actually Dutch. To be precise, I lived in the Netherlands for the first 34 years of my life and moved to Ireland 17 years ago.  But I was exposed to the English language from the moment my parents got a television, started learning the language in school when I was 11 and have been with my (Irish) husband for over 25 years now.

The following are the questions I’ll be asking other bi-lingual authors as well as my answers.

-      What language do you speak most of the time?
II   I speak almost exclusively in English. The only time I speak Dutch these days is when I call family in the Netherlands which I don’t do as often as I probably should.

-      What language do you think in?
I also think exclusively in English. In fact I sometimes find myself thinking in English while speaking Dutch with family or friends which gets quite confusing.

-      What language do you dream in?
English, and I have been for years. I can vividly remember the first time I dreamed in English. I was 16 at the time and less than proficient in the language. I’d spent the summer hanging out with a guy from Canada as well as my usual Dutch friends. One night, near the end of the holiday I had a dream featuring the Canadian boy. It wasn’t a scary dream. What made it scary was the fact that I didn’t understand myself all the time while dreaming. My subconscious knew more English than it understood. I still can’t explain how that works and it’s an experience I’ll never forget.

-      What language do you swear in after you’ve really hurt yourself?
When I’m at home or alone I’ll swear in English. The Irish have some wonderful and rather imaginative swearwords and they roll off the tongue quite easily. If I happen to hurt myself in work I’ll swear in Dutch though. It is an automatic switch I’ve trained myself to make. After all, loud and colourful cursing in a public library is seriously frowned upon.

-      What language are you most comfortable in?
English, without a doubt. In fact I was more comfortable with the English language long before we left the Netherlands. I also find that the longer I’m away from my birth country the clumsier Dutch sounds to my ears.

-      How easy or difficult is it for you to switch from one language to the other?
Switching from Dutch to English is always easy and always feels a bit like coming home to me. The other way around I get very self-conscious. The Dutch grammar keeps on tripping me up. I’ll start a sentence and before I’m half way through I know it won’t sound like correct Dutch by the time I reach the full stop. I keep a stack of unread Dutch books. Whenever I travel ‘home’ for a holiday I’ll pick one of those titles in an attempt to get back into the rhythm of the language.

-      Does it affect you when you’re in a group where both languages are being spoken?
Yes, it does and it confuses me. I sometimes feel I have a switch in my head which is either set to Dutch or English. Having to deal with both languages simultaneously leaves me confused and self-conscious. If I’m in such a situation for any length of time I usually end up questioning both my Dutch and my English language abilities.

-      Do you ever speak the ‘wrong’ language to someone?
-      Do I ever. I’ve been known to address my in-laws in Dutch with amuses them no end, since they have no idea what I might be saying. They usually let me get on with it until I catch on, which can take quite some time. I do end up speaking English to Dutch people as well but that is less of an issue because at least they understand what I’m saying even if they do think it’s strange I won’t speak ‘my own’ language.

-      Would you translate yourself from one language into the other or ask someone else (professional) to do it?
I might try my hand at doing it myself but I wouldn’t release anything without having it checked and edited first. I’d like to do it myself because I know the feelings behind the words better than anyone. I’m too aware of the fact that my Dutch isn’t up to scratch anymore to trust myself though.

-      If size of (potential) market wasn’t an issue what language would you be writing in?
By this stage I think I’d write in English even if the Dutch market was as big as the English one. English has always been an easy language for me. In school I took Dutch, English, German and French. While I always found languages the easiest subjects in school, English stands out in that it took me very little studying to get a handle on it.

Which leads me to my conclusion. At this point, I guess it is debatable which is my first and which my second language. Maybe I should just call myself linguistically confused. Under most circumstances I have no doubts about my English but, as soon as I have to write something that will be read by others (an official letter, a story, this post) I become very conscious of the fact I’m doing it in what is not my mother tongue. I start second guessing myself, compulsively check what I’ve written for Dutch-isms and have my husband proofread it for me just to make sure I have used proper English.

That’s my story. I hope you enjoyed it. If you find yourself in a similar situation and would like to participate in this blog event, leave me a comment and I’ll get in touch with you. If you have an opinion about my use of the English language, please feel free to share below. Be kind though. My smouldering insecurity doesn’t need a lot of fuel before it turns into an inferno. 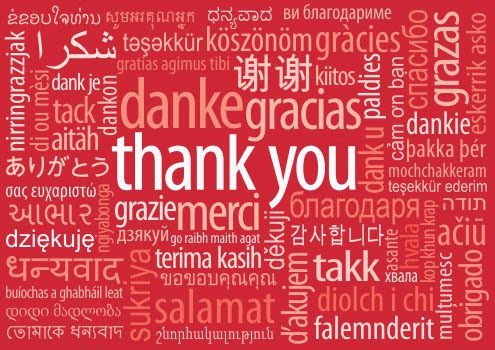