Going Back to My Roots – and The Blowhole

Round about this time five years ago, online friends challenged me to write a book during NaNoWriMo. Fully expecting to crash to a hold after two chapters I started typing and, much to my astonishment, had a completely first draft twenty days into November.

Getting the story published took another fourteen months, but, in February 2015 Little Rainbows was released by Totally Bound Publishing. Even before that happened,  my beta readers informed me that I had to write about Hector and Amber, two secondary characters in Little Rainbows, and specifically, how they ended up together.

It took me a few years but I eventually got there. On September 26, All or Nothing will be released on Amazon. Because this book is technically a prequel to Little Rainbows it can be read as a stand-alone and/or as a first in series.

With this book I’ve come full circle. Not only have I returned to a world I created years ago, I’ve also gone back to an MF pairing. I have to admit that both reunions were joyful. 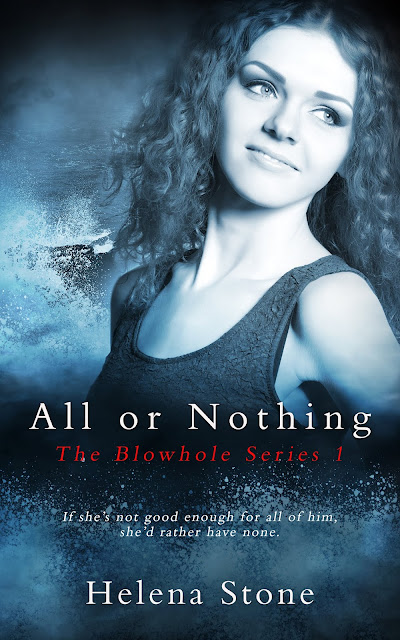 All or Nothing – Blurb

If she’s not good enough for all of him, she’d rather have none.

The attraction between Hector and Amber is as instant as it is undeniable. But with an almost twenty-year age difference between them and Hector’s conviction that Amber is too young both for him and to know whether or not she wants to submit, their developing relationship remains purely vanilla—for the most part. When Amber witnesses Hector in full Dom mode, she recognizes that he’s been holding back and sets him an ultimatum: either he fully commits all of himself to their relationship or she’ll leave. If Hector wants to hang on to the woman who has captured his heart, he’ll have to reassess his preconceived notions.

All or Nothing will be available in KU and is currently available for pre-order. It will also be released as a paperback.

And, you may want to keep an eye on my website over the next few weeks. I’ll be sharing excerpts and am also planning a giveaway or two.